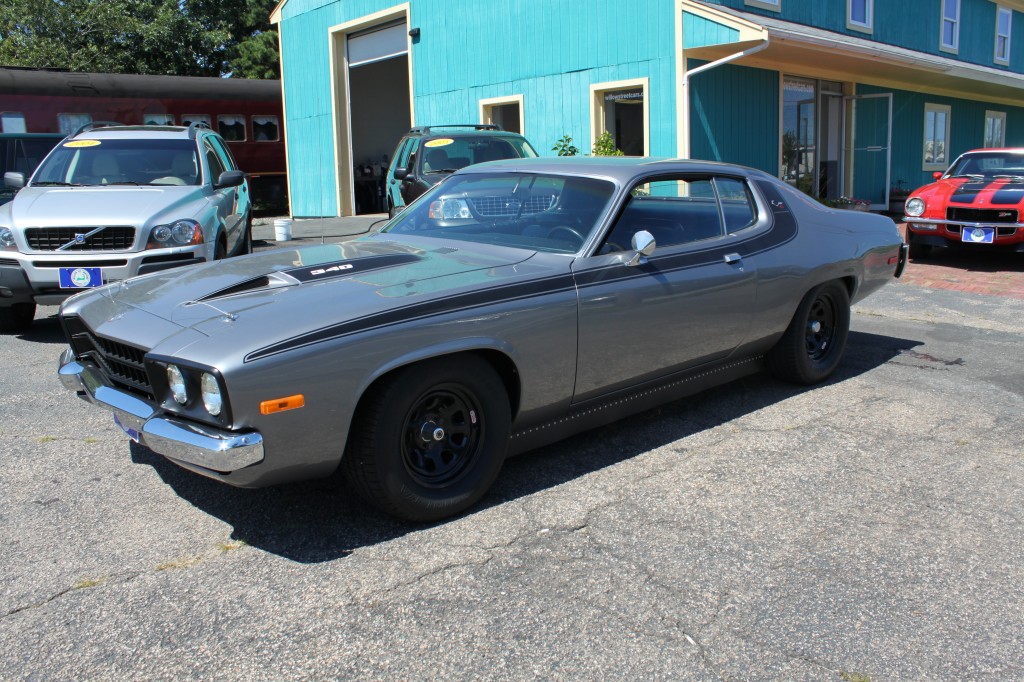 Last week I was down on the cape on a little field trip for The Breakdown Lane and tripped over this little collection at Willow St. Motors  in Hyannis. What caught my eye was this menacing 1973 Plymouth Road Runner with its blacked out wheels. It’s a tough looking car. These were never my favorite Mopars, but something about this car just emulates cool. Inside is a black interior, bench seat, 4 speed pistol grip shifter and powered by a Mopar 408 Stroker motor. The under carriage is impeccably clean, this car is built pretty nicely.

Sitting right behind the Road Runner was this really nicely restored 1970 Camaro Z28. I thought it was a 71 because of the solid front bumper, but the VIN indicates it is indeed ’70. Why would this car not have the split front bumper? Can anyone fill me in on that? The same guy who did the Road Runner did this fresh restoration as well.  He dropped in a 355 Stroker with aluminum heads… probably makes for a real boring drive. This thing is clean inside and out, nice and simple interior too. Check out Willow St’s website for more pics of these cars. 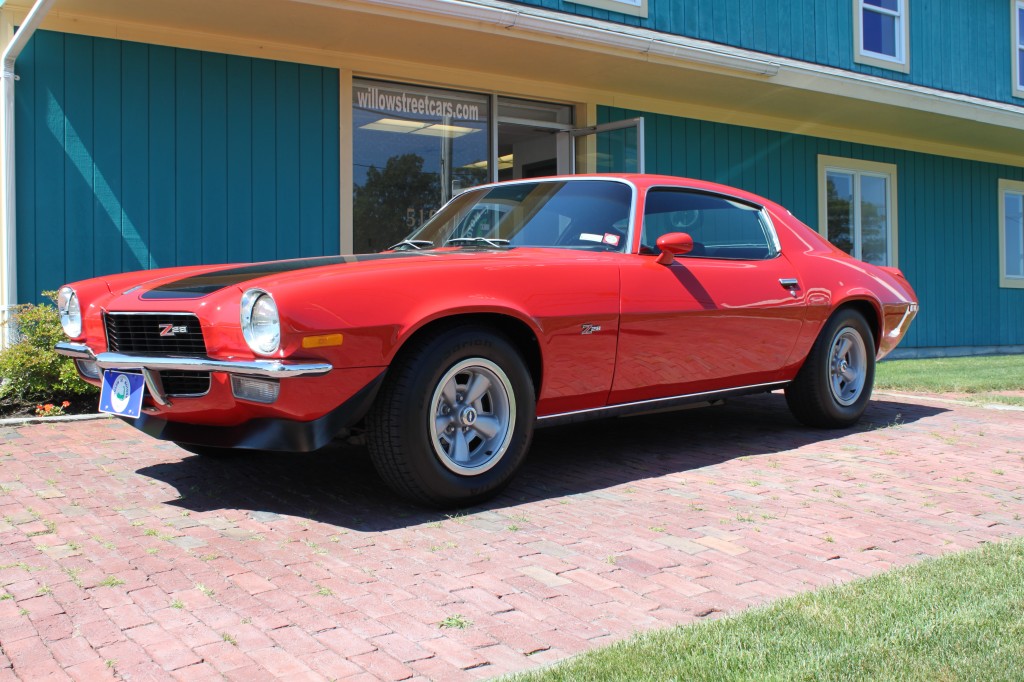 Anyway, I was so pleased to see these cars on display I just had to stop and see if they were as nice as they looked from the street. Much to my amazement they were both impeccably built cars. The same man built and owned both of them and traded them in for a recent model car, I don’t think I ever want to meet that man based on that last sentence alone.

Once I started chatting with the manager, who was washing a nice Range Rover, I learned there was a handful of really great cars inside, even one of my all time favorites up on the second floor. He was nice enough not to squirt me with the hose for interupting him, and offered to give me the tour. I was giddy when he said “well if you like those two out front, wait till you see what’s inside”. Before I go any further I have to admit that I messed up here with the photos.  In the midst of my car fueled excitement I totally forgot to get exterior pics of  the ’64 Vette and the 32′ Ford Kit, but we live and learn right? Well, we went in and this is what I found:

1969 Corvette Roadster (Not For Sale) 427 4 speed manual, bright yellow with black interior, a true condition 2 car all the way.  This car looks like it would be a blast with the manual transmission and side pipe exhaust. It has been featured in a couple magazines over the years, hence the mags on the front seat. 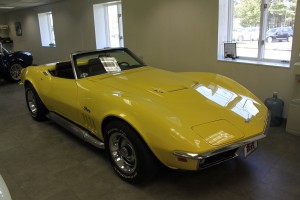 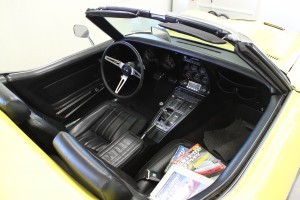 1964 Corvette Coupe (Not For Sale) White with a black interior. Too bad I didn’t get that exterior shot in this one, what a beautiful example of a Corvette, by far my favorite body style. 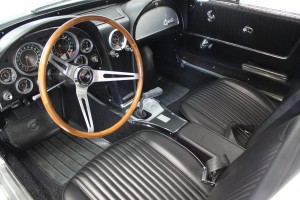 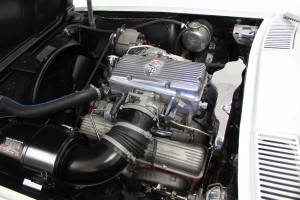 2005 Ford GT –  There is only 6 miles on this car and the plastic from the factory along with the warning tags were still in the cockpit. It’s brand new, never been registered or driven. Kind of a shame if you ask me, but I can understand. 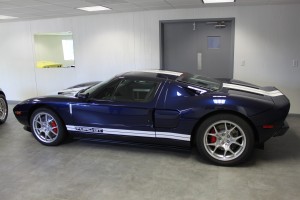 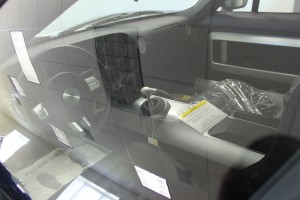 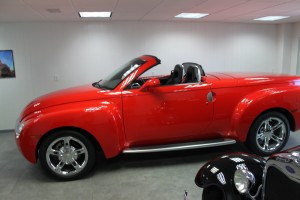 The Corvette Powered Convertible Truck Nobody Asked For - The Chevy SSR

2005 Chevy SSR LS, six speed…”crickets, crickets” Ya, not much to say here. This truck was pretty much a flop when it hit the showroom. Cool on paper the convertible truck with a hydraulic bed cover, wooden bed flooring, a six speed manual gearbox and powered by a corvette motor. I bet it’s a blast to drive but,  sales just weren’t there. There is a pretty good chance this oddball truck will end up being fairly collectible a few decades from now. 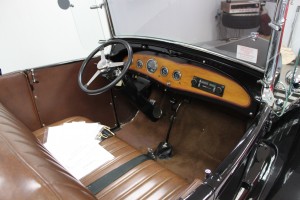 Ford kit car desinged to be a ’32 Ford Roadster, really cool looking car. And this is the other car I failed to photograph with the exception of this lame shot here.  It has a fiberglass body and modern running gear powered by…hell, I’ll be honest, I don’t remember what was under the hood, a 302 most likely. What can I say? I was moving through this place pretty quickly.

Shelby 427 Cobra Replica by Factory Five (a Massachusetts manufacturer by the way, like you didn’t know that already) powered by a Ford 302. This thing was a stark contrast to the 1960 AC Cobra I recently saw up close and personal. This one being a replica was very clean and looked fantastic, almost overdone in a sense. I know these guys have a great reputation for high quality Cobra cars but that’s how nice it was. I’d be a bit nervous to take this thing out on the street, but in the end it’s an affordable alternative to a lot of play cars out there. I’d love to do a couple serious burnouts in this thing regardless of how nice it is. 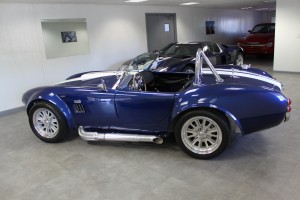 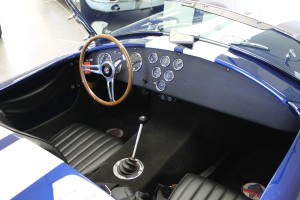 Out in the wash bay I saw an early El Camino. This one is a 1960, factory 427 under the hood.  Someone went through the trouble to “update” the taillights to the bullet style which I can’t say looks bad although I prefer to see it back to original. Until this, I had never seen one of these and I really like it. I love the flat fins in the rear and the all black interior. 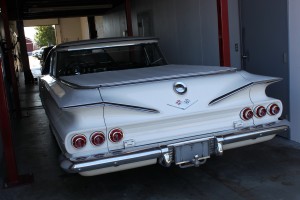 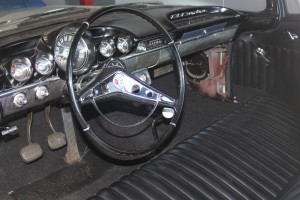 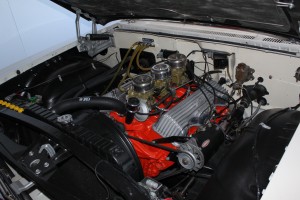 Upstairs he showed me a couple of vintage bikes, a 1979 Kawasaki Dirt Trials bike, that thing was just begging to have someone with a pair of bell bottom cords and hush puppy shoes throw a leg over and give it a kick start. There was a great looking 1946 Harley that looked like it might have been a military bike and a aqua colored 1948 Harley in fantastic shape. I’m not much on old American bikes so I can’t tell you much more than that. 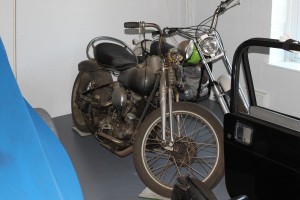 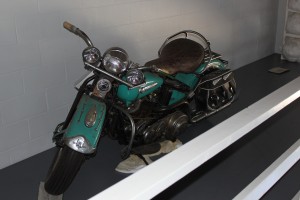 In the back was this 1928 Ford Model A. This was a very clean, restored car and appeared to be ready to roll out to church on Sundays. I’d love to add something like this to my barn…if I actually had a barn. 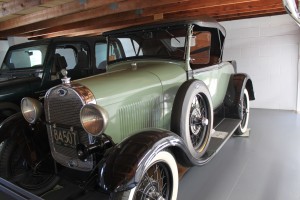 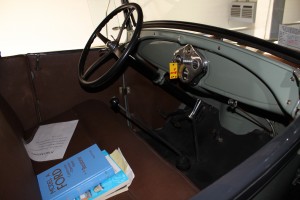 Now listen, I love pre war cars, muscle cars and pretty much anything in between. I have said it before and I’ll say it again, I’d love to have some of those in my garage, but I really like being on the track and the cars the get me the most excited are European, mostly old ones but the  new cars are cool too, just way too expensive. One of my all time dream cars is right here in this man’s building and I want it bad. 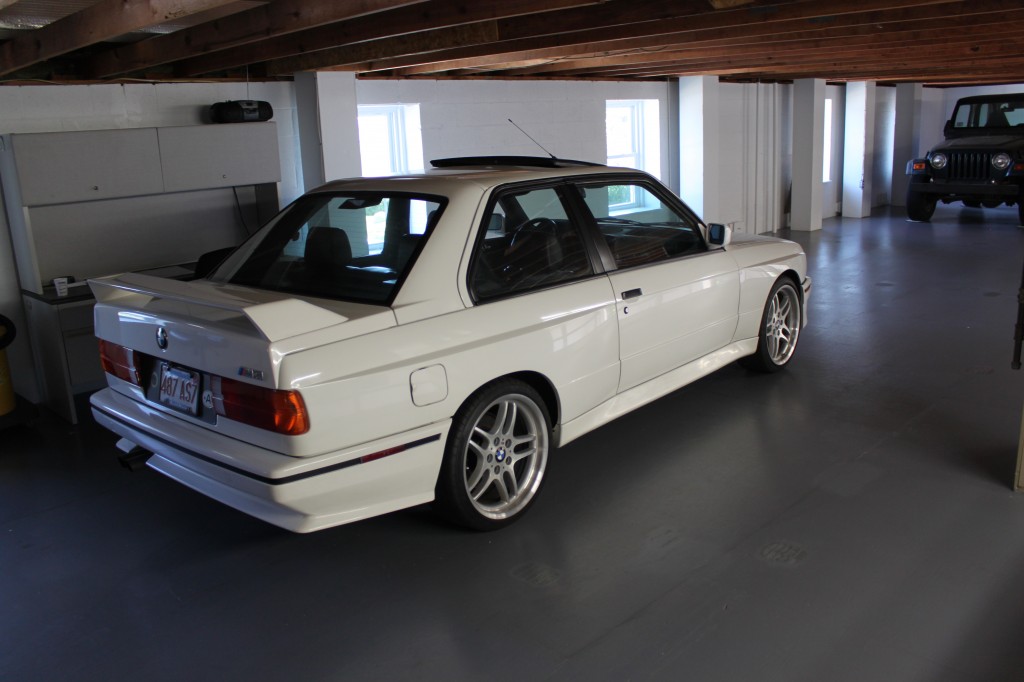 It’s a 1988 BMW M3, yes, the Granddaddy of the M’s, the one that started the “M” craze. If you know nothing about this car, don’t bother researching it, you won’t be impressed with it’s four banger that put just about everything on the road at the time in the dust. It’s a screamer for sure and it’ll out handle any period production corvette on earth. Calm down now, I am well aware that there is NO SUBSTITUTE for American Muscle, especially a big block 427 Vette. Someday…Someday I’ll have a barn full of cars like these. Until then all I can do is write about them and enjoy the 944 I have and be thankful!

Next time you are down on the cape check out Willow St Motors, maybe if you are nice enough they’ll give you a sneak peak. From what I saw they sell a lot of late model European  pre owned cars but they had a nice mix of everything. The staff seem to be real down to earth people. Sometimes you just can’t get that kind of service at a big dealership. Many thanks to them for letting me browse through the collection, I really enjoyed it.