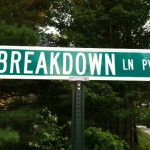 Me first, me first!  In the season of sharing and caring we certainly can see the exact opposite sometimes, huh?. Why are people so considerate in person, but then total opposite when we are alone in the car?  A place where we could not care less about who is in front of us, behind us, or if someone clearly needs help. What we need is more “faith in humanity” activity we all love to read about on Facebook. Isn’t it that where it ends though? Once we close that slideshow, the warm and fuzzy fades back and we continue on. My father always told me ” if you do your best to take care of and support the people in your lives, it will come back on you ten fold”. Sadly, for my dad, that really hasn’t worked out for him. My faith in his statement has been tainted for years and he is living proof. It sure as hell hasn’t come back to serve him. He’s broke, living in govt housing and can barely afford to fill the fridge with all his prescriptions and co-pays. But that’s a whole different story. I do my best to help my parents, I just wish some of my other family members could lend a hand, but that too is a whole different story.

There are a few things that I see happen A LOT around here and it’s getting a little annoying.

Imagine that you pull into Dunkin to get your morning coffee, park the car and get out. Out of the corner of your eye you spot your competition. Is that person going to get to the door first? Hell no he isn’t, you are going to step it up because you know for damn sure he’s sees you and the race is on. You try to be subtle but the thought that he has the entire offices’ order of coffee and sandwiches strikes fear that you will be stuck behind him forever. To celebrate your victory and  just to show you aren’t all masshole, or maybe you are, you do the customary hold the door open BEHIND you and that lessens the sting as they flash you a fake gratuitous smile and nod.  Unless you lost of course, then your whole morning is ruined. It’s quite comical to watch this go down when you are already in line waiting behind the construction guy who has 13 coffees and 17 different food items and 6 Coke’s written down on a scrap piece of cedar shingle. 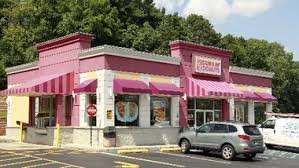 Many times I find myself in the above situation and since I really don’t have anyplace productive to be these days I have decided to the opposite. That means I beat them to the door only to hold it open and insist they go before me. This is both equally rewarding as it can be disappointing. If you do this enough times you will get a nice sample of society. Those that are just very grateful for the gesture and try there hardest to return the favor. Then we have those who simply nod in gentle, silent “thanks”. Now, I don’t do this so I can pick people apart, ok that’s a lie, I always pick people apart, but I don’t do this to be thanked, I do it to see them smile. I do it because no one does it and people really do appreciate it. So when you get that person that doesn’t even acknowledge your existence as you smile and hold the door for him, it can be a real disappointment.

Recently this happened to me, twice. One was a heavy set black woman in her mid 20’s, who just breezed by me without so much as a smile, as if I was supposed to hold the door for her and offer her my spot in line. I let it go after berating her, silently in my mind of course. I didn’t actually say anything to her, that’s just not the point of the gesture. She owns her persona, not me. The other incident was on Veterans day. I saw a man in his 50’s get out of his new BMW 7 series, a car I happen to be fond of, and like me, he had Veterans plates. I know he was trying to beat me to the door. He lost, I held the door for him and I even said “After You”. Yup, he did the same thing; nothing. Is it really that hard to say “Thanks” as you walk by? Again maybe I’m the jerk, maybe I’m old fashioned, I don’t know, all I know is what I feel. I don’t care what this guy is dealing with that would distract him enough to behave like that. Maybe he lost his buddy in a war, maybe he has PTSD, maybe his wife yelled at him before he left the house, or maybe he’s just a plain old dickhead. (You know that old saying about the difference between porcupines and BMW’s? Don’t worry, I have had two BMW’s, I already know that I’m a prick.) None of which are an excuse to abandon your manners. You can defend him and tell me not to judge, you are entitled to do so. I have no idea what branch of service he was in, but I sure as hell wasn’t trained to behave like that by the US Navy and neither were any of my friends who have served.

I guess I can work on patience and tolerance this holiday season because it is only bound to get worse. At the same time maybe I will reconsider cutting that guy off to jump in the fast lane, instead he can have my spot. Screw that, he probably deserves it for not saying thank you the guy that held the door for him at Dunkin. Here are a few of my favorite local parking DB’s.